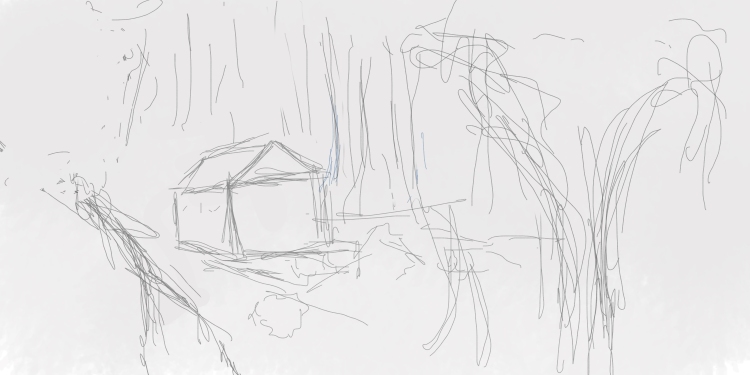 Firstly I began by drawing a really rough layer to get an idea of how I wanted the image to be composed.

I then added two perspective grids and drew over the rough drawings with more precision. I decided that two point perspective would be best to show the cabin.

When I was happy with how the drawing looked I inserted a new layer underneath the sketches and started to shade in areas using four different tones and one bright tone for the window. This immediately gave a three dimensional feel to the drawing.

Next I created a new layer for clean line art and drew over the sketches with thick black lines.

I decided to achieve textures from image bashing in certain parts. So I began the tedious process of sourcing textures such as wood, logs, rocks, and tiles to add to the image. I created layer masks on every texture to edit them easier. 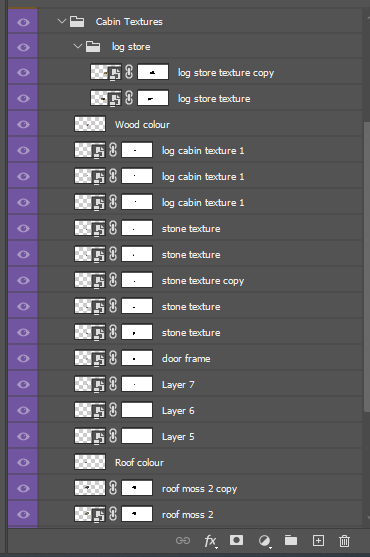